One of the premier surf spots in Mexico.

The tropical coast of Colima is an agricultural hub that is famous for limes, coconuts and salt. The Armeria River flows from the Sierra de Manantlán to the coast sustaining the agricultural industry and building world class sandbars where it meets the ocean. This is not a wave for novices. Much like Black’s Beach in La Jolla or Moss Landing in Monterey, the sea floor gets very deep very quickly and the canyon focuses open ocean swell from just about every direction into a massive A-frame peak. During the summer months the south swells rarely produce waves under 10 feet and the barrels bring professionals from around the globe to try and score some photos for the magazines.

Hotel Real de Pascuales is the hub the local surf industry in this part of Mexico. Local chargers from up and down the coast flock to Edgar’s place for the budget accommodations, local knowledge and quick ding repair. The most competitive peak is usually out in front of Edgar’s where the ametuer photographers line the second story ocean front rooms. Walking up the beach a couple hundred yards to the river mouth the waves are a little bit smaller, but if the swell is maxing out it probably doesn’t matter.

There are a lot of broken boards in these parts and Edgar’s ding repair guys can have your favorite stick back in the water in a couple of days for a fraction of what you would pay in California. If the ding is minor they can have it ready in less than 24 hours. Edgar also shapes custom surfboards when he can get the blanks. His shape are designed for the fast and hollow waves of Pascuales.

Down the beach is Paco’s Hotel which is slightly more expensive than Edgar’s place and a little more comfortable. This is where most of the professional surfers from California stay as is apparent from the design by surf sticker motif on the lobby windows.

Las Hamacas del Mayor is one of the most famous restaurants in this part of Mexico. Part beach club, part restaurant, the palm frond roofed palapa is easy to spot in plenty of surf media spreads about mainland Mexico. Families from Colima and Guadalajara love to spend Sundays at the beach relaxing in the hammocks hung throughout the restaurant and watching the kids play in the pool. Pascuales is a fishing community and the seafood is on par. The specialty is a filet of whitefish ( usually Dorado) stuffed with shrimp, octopus and calamari. Make sure to get an order of the tacos de frijol to start. They are grilled and come with some bomb salsas. 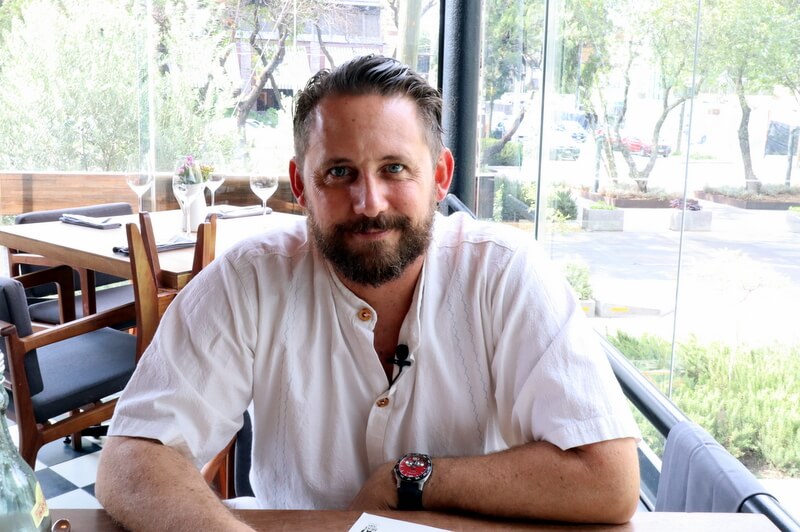 Paul Hudson is food, travel and surf enthusiast who writes about Mexico in English and California in Spanish. He is originally from San Diego, went to school in Santa Cruz, and has been in Guadalajara since 2009. He loves to explore the coast, read about Mexico, and find exotic culinary experiences.