Where To Find the Best Birria In Guadalajara

I find it ironic that the Real Academia Española defines the word birria as a person or thing of little value or importance. In Mexico birria is one of the most important traditional dishes that dates back to the colonial era. Guadalajara is regarded as having a particularly good birria and constantly fights with Aguascalientes for the title of best birria in Mexico.

Today birria is made out of just about any type of protein but originally it was strictly goat meat. The Spanish introduced goats to the American continents in the 16th century and the population quickly got out of control. Goat meat is not easy to cook because it tends to be gamey and fibrous. The traditional cooks solved this by using a lot of spices and roasting the meat twice. The first roast is at a low temperature for a long period of time to make the meat tender. The second roast is to seer the meat crispy. The oven that seers the meat is call an horno tatemado and the best birrias are always tatemandas.

Birria is always served with a sauce made out of tomatoes, chiles and the roasting juices. Most orders of birria are served in a bowl as soup while tacos are splashed with some of the broth. Typically you will order the cuts of meat that you like or ask for a mixed plate.

Tucked into an unassuming pathway of Guadalajara’s wholesale market, Birriería Aceves has been an important part of the market since it opened in the 1960’s. The people around here know what good birria is and they line up to get a seat at the bar. Rich, poor, it doesn’t matter who you are, everyone has to stand in line. Try to get here early because they sell out quick.

This is a very small food stall that does an incredible amount of business. There is goat and veal birria and I like to add a taco de gordito to dip into my soup. They also have the best handmade corn tortillas that I have tried.

Located in the Santa Teresita neighborhood of Guadalajara, Birrieria La Victoria has been serving food since 1948. This particular birria is a favorite of local celebrity chefs like Paco Ruano, Fabian Delgado and Nico Mejilla. La Victoria is a local institution and a testament to what Guadalajara was like back in the day. The walls are covered with commemorative editions of the local newspaper as the owners remember what Guadalajara was like when they opened the restaurant.

Birriería La Victoria serves mostly goat birria with a little bit of veal for good measure. As you walk in the door you will pass the tatemado oven and the guy plating each order. You can choose from leg, loin, ribs and some tripe but I recommend getting a mixed bowl of crispy cuts (bien doradito).  Make sure to get an order of beans and spread a little bit on your tortillas as you make your tacos. There is a good mild ranchero salsa and the typical chile de arbol salsa that us very spicy.

David and his son, David, have been in the birria business for more than 50 years. The current building that houses Mercado Alcalde was built in 1985 but they were selling birria on the street outside for 20 years before that. While there are two other birrierías in the food court you will notice that the locals will wait in line for David to open while there is plenty of space at the other birrierías.

David sells veal birria that comes out of the tatemado oven nice and crispy. He has some of the cleanest broth that I have seen and the mildest machito (tripe wrapped liver) I have tried. They only sells sodas so I recommend getting a bottle of fresh pineapple juice from the vendors on the other side of the market before sitting down.

Birriería Chololo is one of Guadalajara’s most treasured institutions. When locals are asked about birria recommendations most of them will include Chololo’s in the their list. The family has a rags to riches story about selling birria in the street for years to save money to open a small food stand. They have subsequently grown into a birria dynasty. The original location is in a  working class suburb of Tlaquepaque while the flagship location operates out of an old hacienda on the freeway to Lake Chapala.

Chololo uses only goat meat and the volume of their restaurants averages 200 kg per day. One thing that is unique about Chololo is that they serve the meat and the broth separate.The meat and beans are served on clay plates, the ovens are made out of adobe and the whole restaurant screams traditional Mexican cuisine. Sundays are a mad house since the big restaurant seats over 600 people. There is a play area for the kids, live music and an excellent selection of quality tequilas.
Calle San Antonio 288, Las Juntas, San Pedro Tlaquepaque
Carretera Chapala Km 17, El Capulín

La Plaza de las Nueve Esquinas is one of the most picturesque places to begin your birria tasting tour. Located in the historic core of Guadalajara, the plaza of the 9 corners is a great place to have breakfast before starting a walking tour of the downtown area. There are numerous restaurants dedicated to preparing good birria around a the oddly shaped plaza. Much of the architecture is relatively new compared to the colonial era architecture found nearby. In the spring time the plaza serves as the principle market for the pitaya vendors that bring their cactus fruits in from pueblos around Amacueca and Sayula, Jalisco.

Right next to the Parque Metropolitano is a quaint neighborhood called Santa Maria del Pueblo. It feels like a little pueblo hidden within the greater Guadalajara region.

TV personality and celebrity chef, Antonio De Livier, is the creative behind the menu of La Panga el Impostor. They have a really unique take on birria that uses a beef stock and chile birria broth with clams. It is an absolutely delicious modern take on the traditional dish, that has been adapted for a seafood restaurant.

WHERE TO FIND THE BEST COFFEE IN GUADALAJARA

4 thoughts on “Where To Find the Best Birria In Guadalajara” 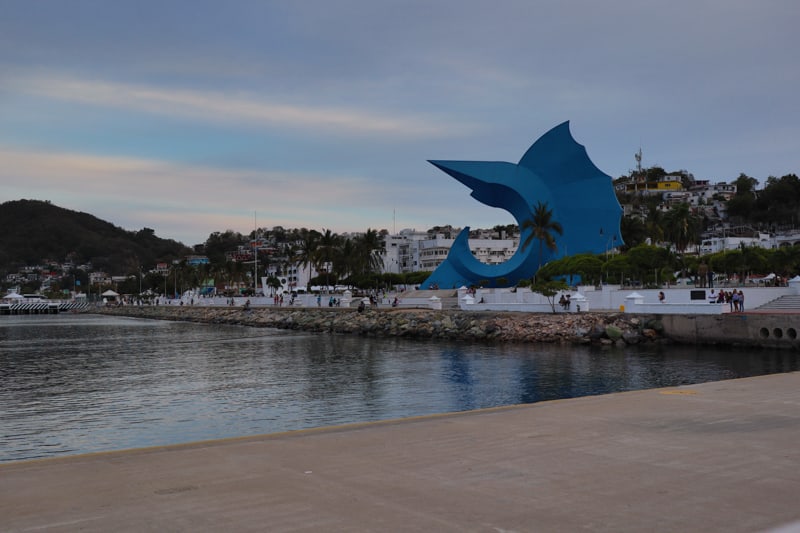