How do you decide where to stop and eat on a road trip?

On a recent surf trip I was blown away by the pata de mula clams that we found at a roadside restaurant. I know that the ingredients in Mexico are amazing but I am still working my way through the shellfish selection. Eating raw shellfish in San Diego is a very expensive habit. In Mexico, I have found the best seafood is often served in the most humble settings.

Pata de mula clams in English are known as blood clams because there is hemoglobin in the shell. They are wild harvested across much of the pacific coast of Mexico.

I probably wouldn’t have stopped had the place not been highly recommended. Gabriel had been a few weeks ago and couldn’t stop talking about it. He was looking for oysters in San Pancho and heard that the best oysters were 15 minutes down the highway 200. Just outside of Lo de Marcos is a nondescript roadside restaurant selling some of the best Mexican seafood I have ever tasted.

There is no running water. It’s just a shack underneath a big tree in front of a pineapple field. There is a table with a shade umbrella and a big pile of clams waiting to be shucked. Normally there are oysters too but we got there late and they were already sold out. Honestly, I am stoked that they were sold out of oysters because I got to try something that I may not have ordered otherwise.

I had tried pata de mula clams before but never like this. There was a seafood cocktail bar near the Minerva in Guadalajara that I used to enjoy. They would shuck the pata de mula clams and mix them into a prepared cocktail with ketchup and other stuff. There is something about natural seafood. When the clams are in perfect condition all they need is a few grains of salt. The texture is a little bit tougher than an oyster. You actually have to chew them. And the flavor is rich. The inside of the shell is filled with what looks like red ink.

In addition to the pata de mula clams there were white clams. I have been pouring over google search to find out what type of clams these are but I can’t find them. They are bigger than the almeja reina and a different color than the almeja chocolata. They are more delicate than either of those clams anyway. This was my favorite. It doesn’t taste like seafood but like the ocean. The pata de mula clams were is little tough but this clam was just right.

When we first arrived there was only fish ceviche. As we were ordering a motorcycle rolled up and the lady said that the shrimp ceviche arrived. The shrimp ceviche had just been made and while the outer parts were turning white the center of the shrimps where still raw. This is exactly how I like to eat it.

I liked the solid collection of Nayarit salsas. The Mexico Lindo Habanera salsa is from Sinaloa but the rest are from Nayarit. I always love trying new local salsas that are crafted specifically for the local delicacies. These salsas are the perfect compliment to raw seafood.

My father-in-law always says that when you are traveling you should look for the restaurants where the truck drivers are stopped because they always know where to eat well. While we were eating there was a non-stop flow of truck drivers stopping to grab a bite to eat. Some would just grab a cup of ceviche to go but others would take their time. There was one guy who was driving a refrigerated seafood delivery truck. If the guy who works for the wholesale seafood company is stopping to eat here, you know that it is good. That guy knows quality seafood and he chooses to stop at Ostiones el Vali.

Honestly, I would not have stopped had this not been a solid recommendation. You are putting a lot of trust in the hands of the person serving your food. There are some serious concerns when eating raw seafood, especially raw mollusks. 24 hours later I have absolutely zero stomach discomfort.

Not only is this roadside stand one of the best places to eat in Mexico, but it is also 100% gluten-free. A plate of seafood like that would cost a hundred dollars in Los Angles or San Diego if you could even find it. We spent $330 pesos (less than US$17) for a dozen pata de mula clams, two large clams, four tostadas, and two half-liter cokes. An absolutely lovely surprise after a day of surf. Another reason why I love Mexico so much. 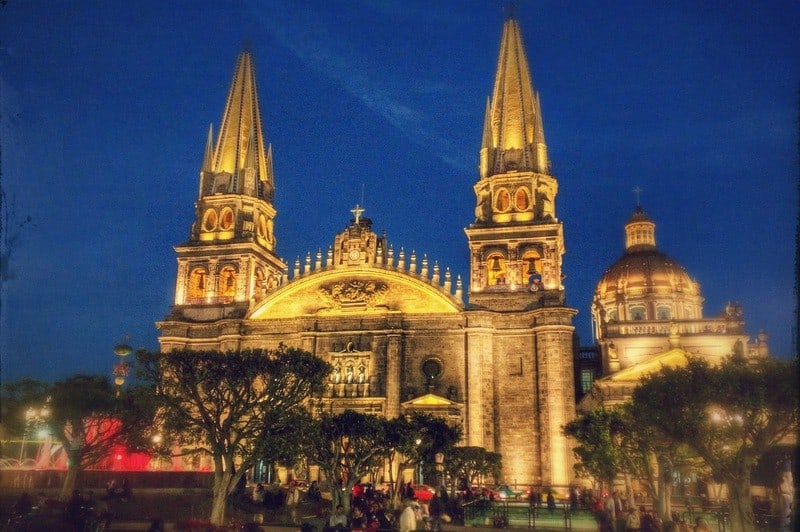 The Guadalajara Metropolitan Cathedral is one of the most representative and easily identifiable buildings in the State of Jalisco. The gothic bell towers have been incorporated into the logos of many local businesses like Farmacía Guadalajara and the public taxi service. The church has a long history dating back to the 16th century but subsequent…

All of the sudden Guadalajara has a solid repertoire of Korean restaurants. I am really starting to rethink my criticisms of the Asian food that is available here. There are casual options in the market, after-work beer swigging and all-you-can-eat joints, and there are sophisticated yet casually elegant options to choose from. Restaurante SSAM fits…

I have always liked La Docena but for a while I didn’t understand it. Over the years it has become a very special restaurant to us. The food continues to be one of a kind, I think the servers are some of the best in the industry and I love going to Punto Sao Paulo…. 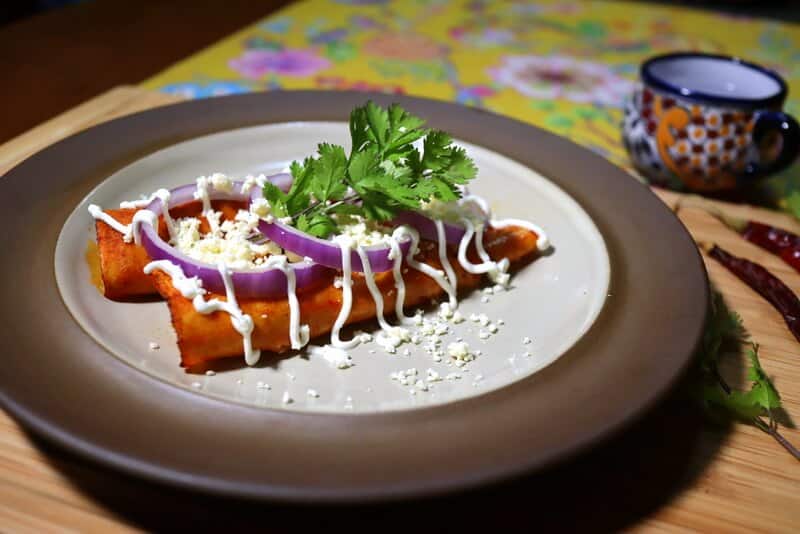 Over the last few years, I have really fallen in love with enchiladas. I have been researching and interviewing every cook that I know to find the best gluten-free enchiladas recipes out there. Every region has a different style and the vast majority of homemade enchiladas are naturally gluten-free. Everyone has a family recipe or… 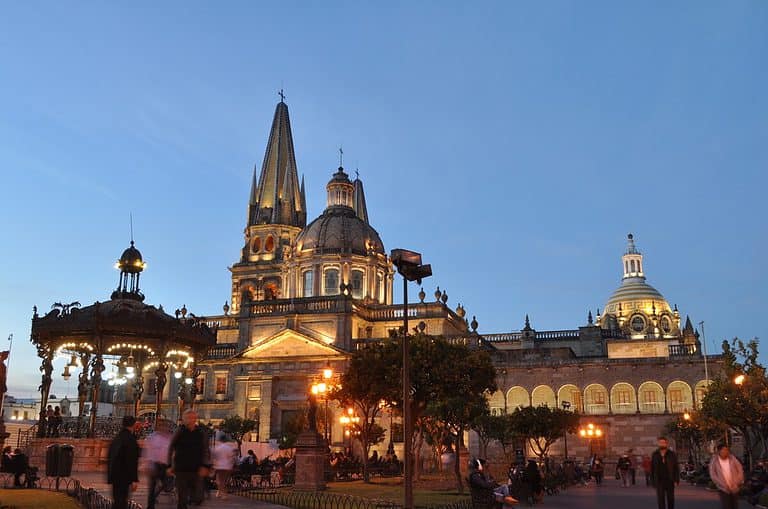 Guadalajara was founded in the 16th century as part of Nueva Galicia, an autonomous kingdom of the Viceroyalty of New Spain. The city center is a treasure of Spanish colonial architecture including baroque, neoclassical, renaissance, and gothic styles. No trip to Jalisco is complete with out taking a walking tour of downtown Guadalajara to get…

While Sinaloa may get most of the attention when talking about high-end seafood, I want to recommend thinking about other lesser-known regional cuisines. Even though Nayarit is just south of Sinaloa and was considered part of Jalisco until 1917 the cuisine is different. The sauces taste a little bit sweeter and lemon is used in…

Paul Hudson is a food, travel, and surf enthusiast who writes about California in Spanish and Mexico in English. He is originally from San Diego, went to school in Santa Cruz, and moved to Guadalajara in 2009 to attend Monterrey Tec. He loves to explore the coast, reads voraciously, and enjoys unique culinary experiences.